Posted by Unknown November 15, 2017
Zimbabwean President, Robert Mugabe has been placed under house arrest by the military as reports indicate his wife, Grace has fled to Namibia. 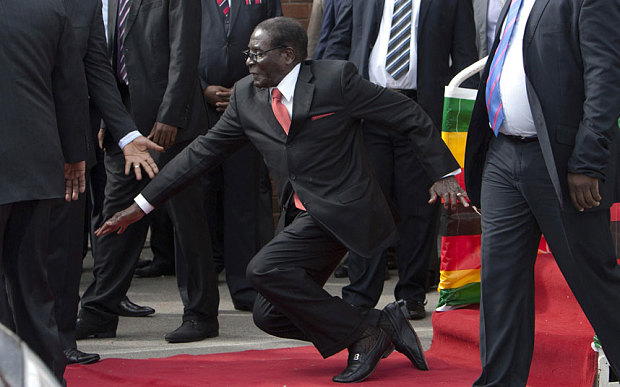 President Jacob Zuma of South Africa confirmed this on Wednesday, November 15 in a statement after the Zimbabwean military appeared to have taken control of the country.

“President Zuma spoke to President Robert Mugabe earlier today who indicated that he was confined to his home but said that he was fine,” the South African government said in a statement.
africa news politics