You Are Not A Leader' – Harrysong Calls Out Governor Ifeanyi Okowa

Posted by Unknown November 29, 2017
In a video shared on his IG page this morning, singer and record label owner, Harrysong, called out Delta state governor, Ifeanyi Okowa, for doing nothing about the increasing rate of communal clashes in the state, particularly the clash between the Ogbe Ijaws and Aladja people. 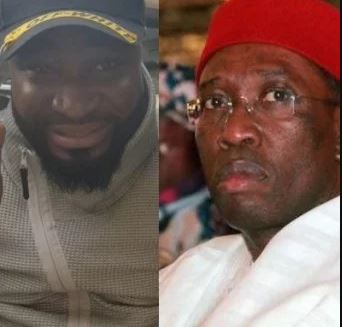 In the video, Harrysong accused the governor of not being a leader. According to the singer, Governor Okowa is a businessman who just wants to make money for himself and his family. In his post, Harrysong wrote

'I woke this morning highly infuriated and troubled about how much Nigerian politicians have raped this country without a conscience. Even my state Governor, Sen. IFEANYI OKOWA is worse. Aladja and my community, Ogbe Ijaw have been killing themselves for years and OKOWA is rather playing a businessman than a father and a leader he is meant to be. Come 2019, we need leaders, not politicians.?'