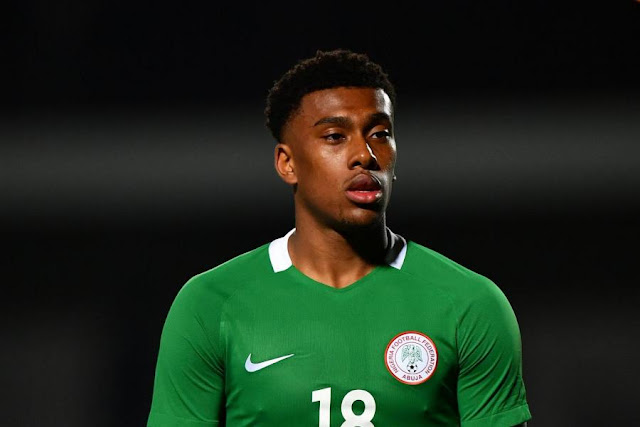 As Standard Sport revealed when Iwobi made his competitive debut for Nigeria in March last year the FA made a late bid to secure the Arsenal forward’s international future.

The 21-year-old, who was born in Lagos but moved to London at the age of four, had come through the England youth setup, playing at Under-16, U17 and U18 level but never featuring for the U21s. Instead he opted to represent the Super Eagles when they first called him up in early October 2015, several weeks before the youngster made his Arsenal debut.

“He had the potential to play for England and for Nigeria,” Wenger told Arsenal Player. “Today he looks very happy with Nigeria. When I speak to him, he’s had very positive experiences.

“For a while it was open between England and Nigeria, and England didn’t really push for Alex during that period. Nigeria were more willing to have him. I’ve seen many times that sons of parents from Nigeria want to go back to their parents’ country.”

Iwobi has since made 12 appearances for Nigeria, scoring two goals, including the late winner against Zambia in October that secured his country’s qualification for next summer’s World Cup finals.

“When I actually scored the moment was crazy, I remember running off celebrating,” Iwobi said. “I almost cried, I actually almost cried to see how the fans were reacting, to see my mum and dad in the stands, it was just an amazing feeling.”

“It’s always an honour to wear the green, white and green, I mean I’ve seen so many kids on the street when we’re in the bus, they’re screaming “go Nigeria, go Nigeria”, so to represent them I’m just proud.”
sports