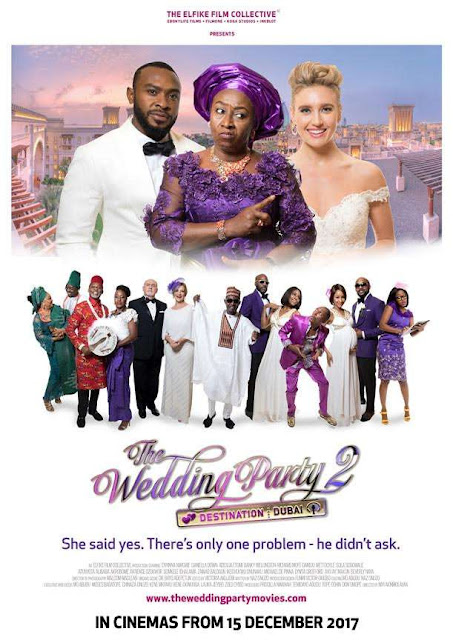 The trailer features scenes from the anticipated sequel and music from Timi Dakolo, Kiss Daniel and Reekado Banks.

A sequel to the highest grossing Nollywood movie yet, "The Wedding Party 2" follows the romance between Nonso Onwuka and Deirdre; the bridesmaid from London. We had earlier announced how truly excited we are about this upcoming movie.

"The Wedding Party" will have its world premiere on December 10, 2017, before making its debut in Nigerian cinemas on December 15, 2017.