Posted by Unknown November 16, 2017
A teenager claims to have sold her virginity for €2.5million and that it is "a dream come true". 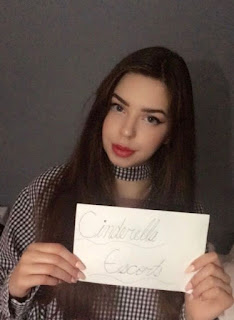 The girl, named only as Giselle, auctioned her innocence through the notorious website Cinderella Escorts.

An unnamed businessman apparently made the highest offer of $3million - outbidding a Hollywood celeb and a Russian politician, according to the site.

According to Daily Mirror,Giselle, a 19-year-old American, says she plans to use the money for tuitions fees and travelling.

"I would never have dreamed that the bid would rise so high and we would have reached 2.5 million euros," she said.
"This is a dream come true.
"I think the trend to sell your virginity is a form of emancipation and I am shocked about people who are against allowing a woman to sell her virginity."
"If I want to spend my first time with someone who is not my first love, that's my decision."

A hotel has already been booked in Germany for the encounter and Giselle will be accompanied by security and can cancel at any time, it is claimed.

Cinderella Escorts, described as "the world's most famous escort agency", has been accused of taking advantage of girls who say they want to auction their virginity.

They rose to worldwide fame earlier this year when Aleexandra Khefren, an 18-year-old Romanian model, sold her virginity for 2.3 million EUR (£2million) to an unnamed Hong Kong businessman.
strange and bizzare