Posted by Unknown November 06, 2017
A Drake fan went overboard just to get his attention.Over the weekend, at his Boy Meets World Tour in Auckland, New Zealand, while the Canadian rapper was on stage, a woman took off her bra and threw it at him. 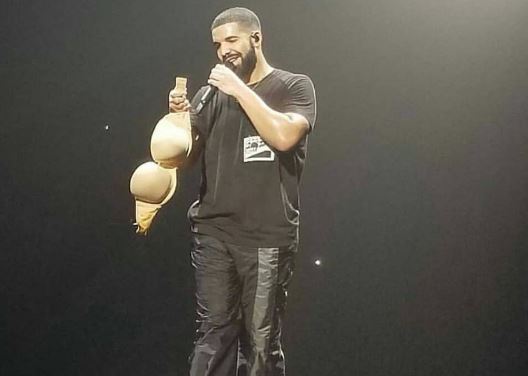 Drake who was pleased with what he saw, picked it up and said he was a single man. While pointing towards where the woman was standing in the crowd, he said: ‘I’ll talk to you later.’

Watch the video below: