Posted by Unknown November 06, 2017
A Saudi prince has been killed when the helicopter he was travelling in crashed near the border with Yemen, state television reported. 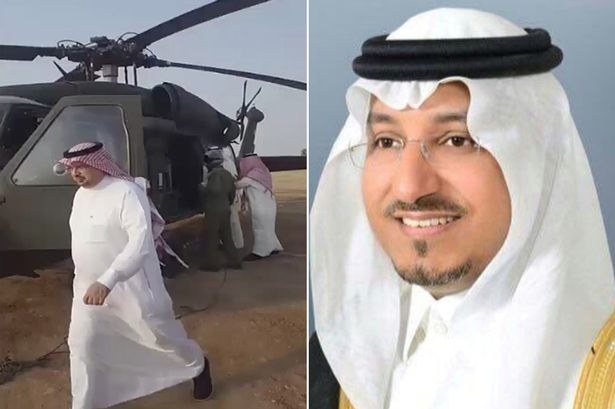 The cause of the crash is unknown. Saudi Arabia said it intercepted a ballistic missile, fired from Yemen, near Riyadh airport the day before.

Also this weekend, an anti-corruption purge targeted dozens of people, including 11 princes and four ministers, in a move seen to cement the power of the heir to the throne..

Prince Mansour bin Muqrin, who died in the crash, is the son of another former crown prince. His father, Muqrin bin Abdul Aziz, was pushed aside by his half-brother King Salman a few months after he took the throne in 2015.

The fate of the other occupants of the helicopter remains unclear, but Saudi news outlet Okaz said that unconfirmed reports suggested there were no survivors. The group had been carrying out an aerial inspection of the region at the time, it said.
news world