‘Sale Of Nigerians In Libya, A Slap On Our Face’ – Saraki

Posted by Unknown November 30, 2017
The Senate has begun the investigation of the alleged sale of illegal African migrants “mostly Nigerians” as slaves in Libya, which it described as a slap on the face of Nigeria. 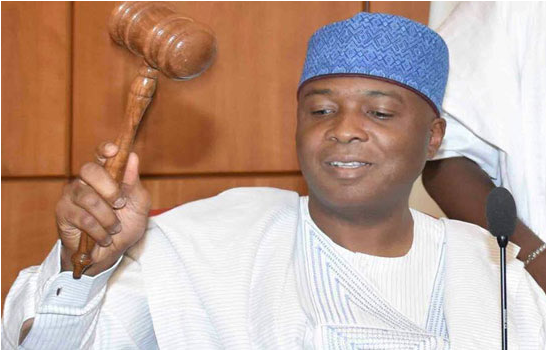 The probe was based on a motion moved by Senator Baba Kaka Garbai (Borno-Central) at the plenary on Wednesday, November 29, entitled, ‘Urgent Need to Protect Nigerian Citizens from the Libya Slavery Auction.’

President of the Senate, Bukola Saraki, said there was the need for Nigeria to do more to protect its citizens.

He said, “As a country, truly, it is a slap on the face of all of us if Nigerians can be treated in this manner. Like somebody said, Ivory Coast that is not as big as us is taking action to see how they can bring their own citizens back. We need to be doing similar things.”
[PHOTOS] Groups Protest Slavery Of Nigerians In Libya

The lawmakers unanimously granted prayers of the motion, including to “condemn in totality the current depravity and sheer animalism being exhibited by these Libyans selling fellow Africans as slaves.”

They also urged the Federal Government to urgently investigate how many Nigerians were affected by the slave sales.