Posted by Unknown November 30, 2017
Real Madrid forward, Cristiano Ronaldo, has reportedly given the club a shortlist of three players they must bring in next year. 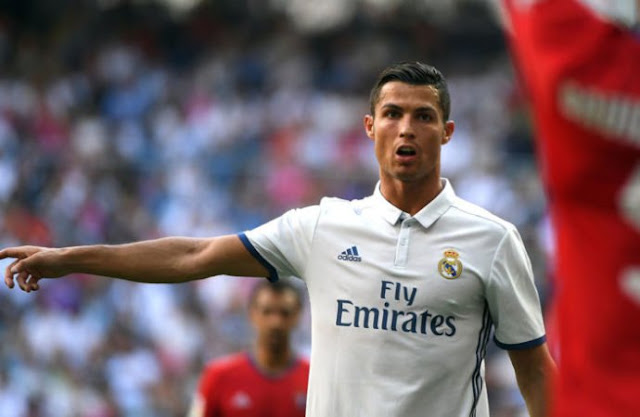 Ronaldo has eight goals in five games in Europe, but has managed to net only twice in nine league matches, as the champions struggle to impress on the domestic front.

The Portugal captain has also been outspoken on the club’s decision to allow experienced backup players like Pepe, Alvaro Morata and James Rodriguez to depart in the summer.

Diario Gol reports that Ronaldo has appealed to president Florentino Perez to strengthen the squad.

The 32-year-old would like to see Portuguese youngster Goncalo Guedes, PSG defender Marquinhos and a new goalkeeper arrive – with Athletic Bilbao’s Kepa the No.1 target.
sports