Rochas Okorocha’s Aide Reveals The Amount Spent On Each Statue

Posted by Unknown November 24, 2017
Special Assistant to Imo State Governor on Electronic Media, Dr. Ebere Nzeworji, has disclosed that the governor approved between N400,000 and N500, 000 for the building of each of the eight statues, contrary to the opinion of many that N520 million was spent on each. 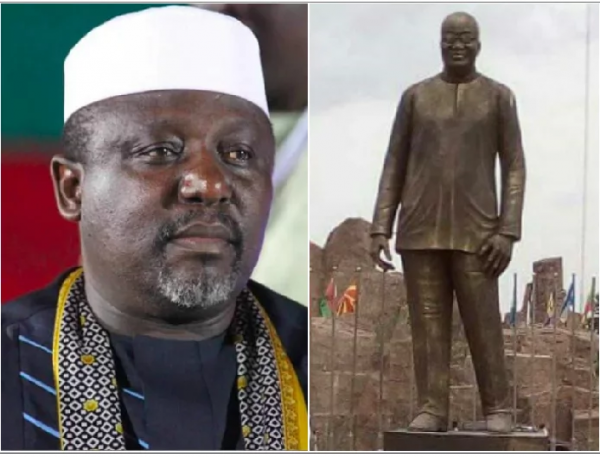 Nzeworji, on the Peoples’ Voice at Darlying FM in Owerri, said it was not true that millions were spent on erecting statue.

He also said that the government had taken delivery of new equipment for the specialist hospital in the state and 21 doctors were currently in the hospital to deliver heath care service to residents.

He disclosed that the state government had instituted an ‘’Imo Rural Roads Mobilization Project’’ to handle 27 roads in the 27 Local councils in the state by December.
He said out of the 27 hospitals built, five had been handed over to the military as specialist health institutions.
news