Posted by Unknown November 29, 2017
Prince Harry and Miss Meghan Markle have announced that they will marry at St George's Chapel, Windsor Castle in May 2018 - a month after Kate Middleton is due to have her third child. 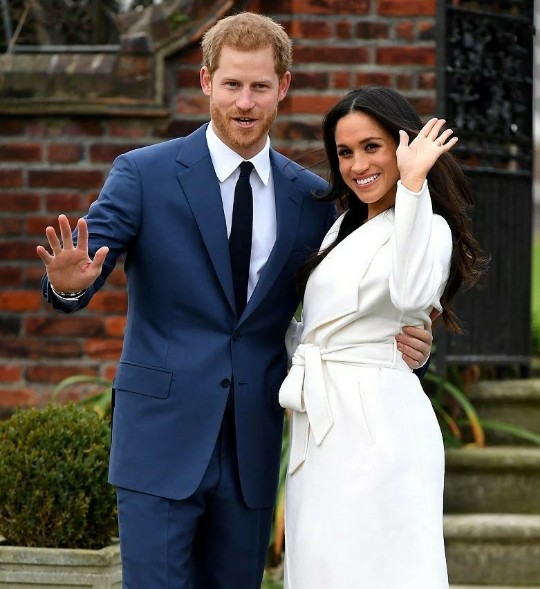 A notice from Kensington Palace said the Queen has given permission for the wedding to take place at the chapel, where Prince Charles and Camilla Parker Bowles had part of their service when Charles remarried in 2005.

According to the Telegraph, It has been a traditional venue for royal weddings ever since the future King Edward VII married Princess Alexandra of Denmark in 1863, according to The Telegraph.

The chapel can accomodate 800 guests - a much smaller venue than the 2,000-guest strong Westminster Abbey, where Prince William married Kate Middleton.

The palace also confirmed that the Royal Family will pay for the wedding, including the church service, music, flowers, and reception!

Markle, who is American, will become a British citizen, according to the palace. The notice also said that she is a Protestant, and will be baptised and confirmed into the Church of England before the service. 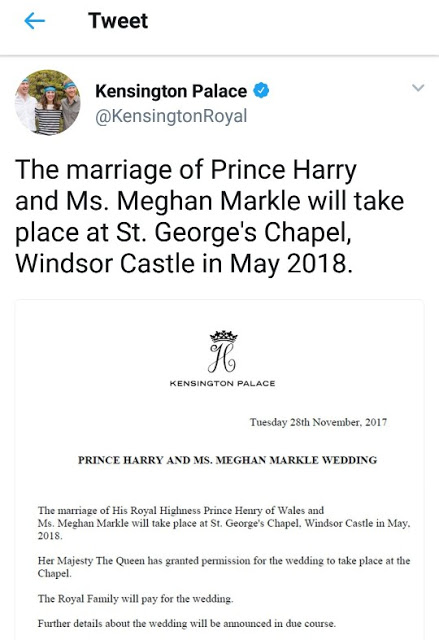