Posted by Unknown November 08, 2017
Pope Francis on Wednesday, November 8, chastised priests and bishops who take pictures with their cell phones during mass, saying they should focus on God instead. 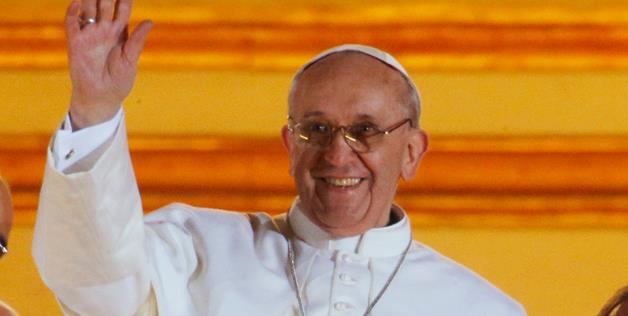 Francis told tens of thousands of people at his weekly audience in St. Peter’s Square “lift up your hearts, not your cell phones to take pictures”, referring to a communion prayer in the Roman Catholic Mass.

He described the use of cell phone during mass as “very ugly thing; it makes me very sad when I celebrate mass here in the piazza or in the basilica and I see so many cell phones held up.

“Not only by the faithful, but also by some priests and even bishops.
“The mass is not a show. So remember, no cell phones”, he said, prompting laughter and applause from the crowd.

Francis, the leader of the world’s 1.2 billion Roman Catholics, regularly urged the faithful to be more spiritual and his priests and bishops to be humble.

Shortly after his election in 2013, he said it pained him to see priests driving flashy cars and eager to use the latest smartphone.
society world