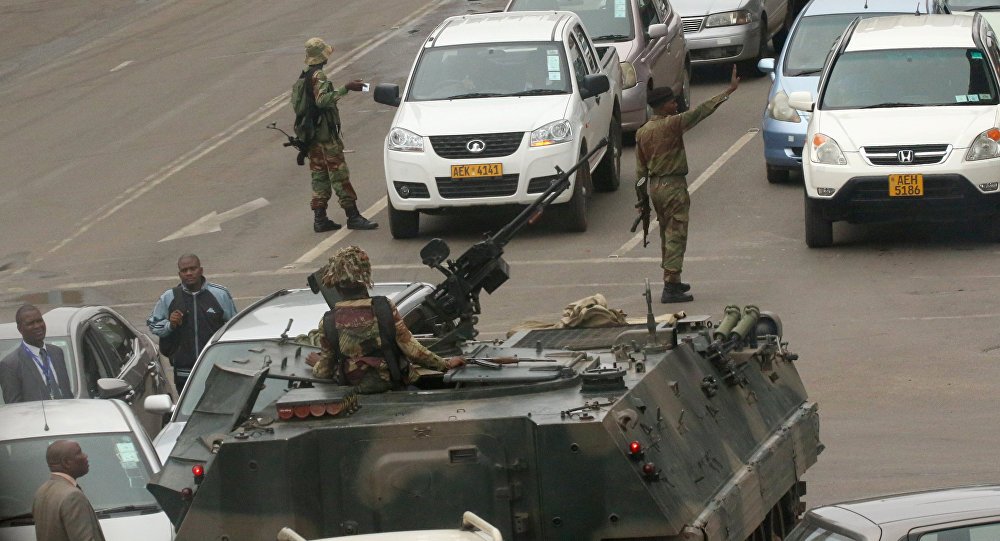 Though the military denied staging a coup to overthrow the nonagenarian president, United States and United Kingdom embassies in the country have warned her citizens to not leave their homes while examinations scheduled for today by the State University have been postponed indefinitely.

Reports also indicate that Mugabe had negotiated a free passage for his wife, Grace as he had already agreed to step down.

Nothing has been confirmed yet but updates would be reported as the crisis unfolds.

Below are reactions to the happenings in Zimbabwe;


#Zimbabwe To rephrase Vladimir Lenin “There are decades where nothing happens; and there are days where decades happen”
— Mwala Owino (@aporeteco) November 15, 2017

My 2 cents worth of advice on the ongoing #Zimbabwecoup , if either SADC or South Africa or AU go to #Zimbabwe to try & help Robert Mugabe, the coup will get bloody
— Sahara Princess🇰🇪🇪🇬 (@saharex) November 15, 2017

Robert Mugabe has reportedly agreed to hand over power, has negotiated for first lady be allowed to leave the country #Zimbabwe
— Africa At a Glance (@AfricaAtaGlance) November 15, 2017

#Zimbabwe
Robert Mugabe should be imprisoned for 20+ years and he should not attempt to die before he finishes his sentence
God Give him a long life.. Amen!!!
— Trouble Some™ (@johncigi) November 15, 2017