Posted by Unknown November 28, 2017
Manchester United’s most expensive player, Paul Pogba, has invoked his over-competitive nature with his compatriot Kurt Zouma after the latter defeated Pogba at the card game “Uno”. As it stands now, Zouma has been banned from Pogba’s house. 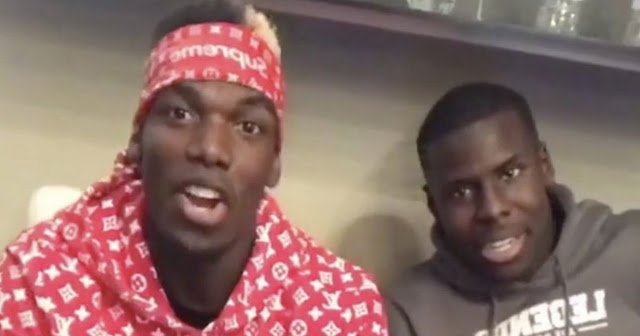 The French teammates often hang out together, after Zouma relocated to the north of England for his one-year stint with Stoke City. In an interview with GOAL, Zouma revealed exactly how much Pogba hates losing.

Zouma said “He doesn’t like to lose when we play card games, like Uno, he doesn’t like to lose. He is the same guy as before, he hasn’t changed. The other day, I went to his house and beat him. He was so, so, so angry. He didn’t want me to come anymore. ‘He told me “don’t come anymore to my house”. I said “my friend, please, it’s only Uno we’re talking about”.’
sports