Posted by Unknown November 13, 2017
Paul Pogba and his brothers Florentin and Mathias were in attendance at the MTV European Music Awards on Sunday night. 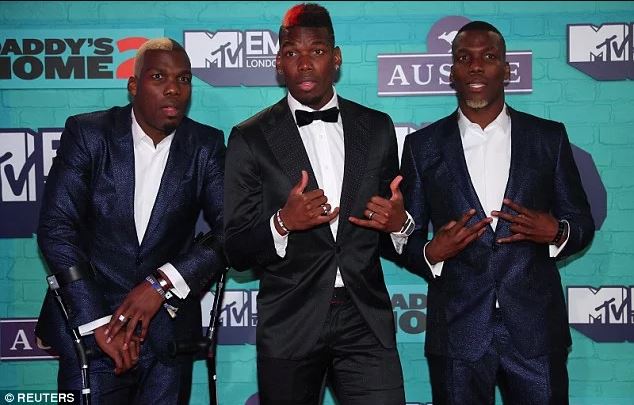 The Pogba brothers were all dressed up for the occasion in London, with the Manchester United midfielder dressed in a tidy black suit, while his two older siblings donned crisp blue suits.

France international Pogba is currently recovering from a hamstring injury and is trying to keep himself busy as he looks to get back to first-team action as soon as possible.