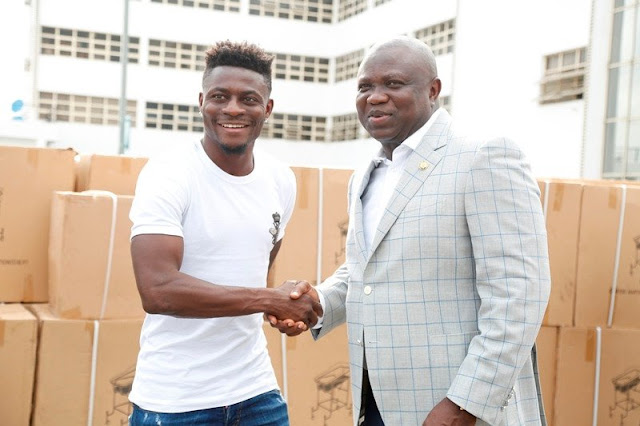 In a statement by the Lagos State Governor, Akinwunmi Ambode‏ who received him at his office, he said: 'We thank him for this act of selfless service and commitment to giving back to his fatherland especially Lagos State.'