Posted by Unknown November 23, 2017
Debbie set out to beat the record held by Indian Kalamandalam Hemaletha who danced for 123 hours 15 minutes back in 2010. 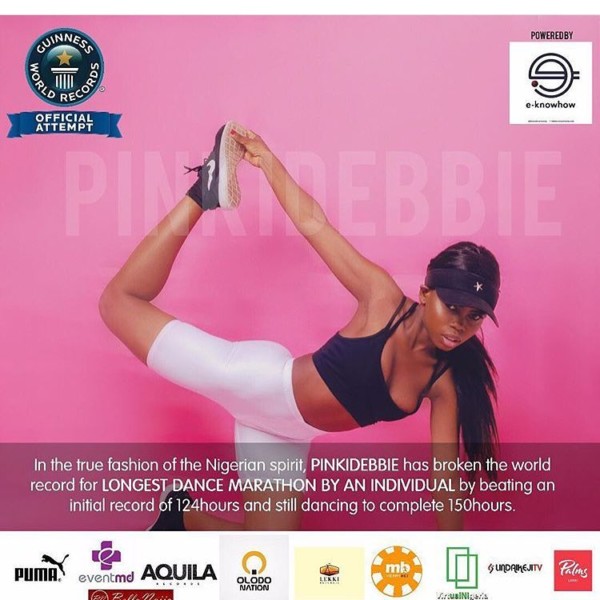 Dancing at the Palms Mall, from 12 PM on Friday, Debbie was constantly supported by fans and celebrities, who showed up to motivate her from day 1 until the end.

On the first day was comedian Seyi Law who stood to pose for a photo with Debbie. Then there was dancer Kaffy and YBNL singer Viktoh, who showed up to dance with Debbie and provide moral support.

Pinki Debbie’s still going though, despite breaking the record, as she plans to set a new record of 150 hours.
nigeria world