Posted by Site admin November 18, 2017
Are you traveling to any of the South-East and South-South states today, Saturday, November 18, 2017? If so, please take alternative routes as the gateway – the famous the Niger Bridge – that links Onitsha and Asaba has been closed as part of the movement restriction to ensure adequate security during today’s governorship elections in Anambra State. 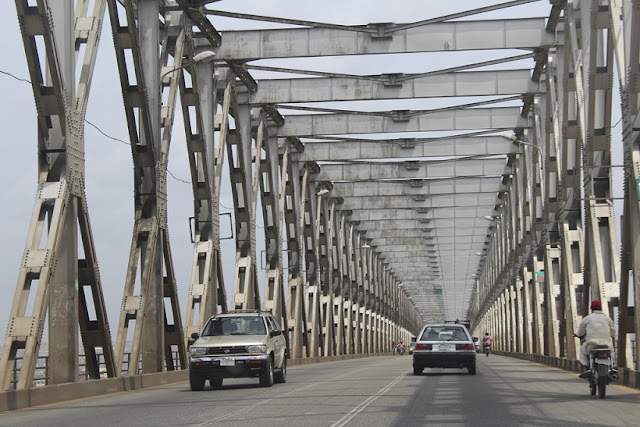 The bridge was closed at midnight in keeping with the orders of Anambra State Commissioner of Police, CP Zanna Ibrahim.

A statement yesterday on behalf of the CP by the state Police Public Relations Officer (PPRO), Andrew Aniamaka, said: “Against the backdrop of the forthcoming gubernatorial elections in Anambra State slated for Saturday, November 18, 2017, and the need to prevent security breach around the Niger bridge linking Asaba, Delta State to Onitsha, Anambra State, the commissioner of police in Delta State, Zanna Ibrahim has ordered the restriction of vehicular movements through the Niger Bridge with effect from 12 mid-night Friday, 17th November, 2017 till after the elections.”

The statement made it clear that only people on official and emergency duties with genuine means of identification would be allowed passage in the state during the period of the restriction order.

Meanwhile, voters are trickling out to cast their ballot. A News Express Special Correspondent covering the election reported at around 10:20 a.m. that many people in the commercial town of Onitsha are staying indoors as a result of the boycott order of the separatist Indigenous people of Biafra (IPOB).

“The crowd is not much but that is understandable. People are coming out in trickles while some people are going from house to house begging people to come out and vote,” he said, adding:

“Another reason why you may not see crowds is that INEC (Independent National Electoral Commission) changed the pattern of voting due to security reasons. Instead of going home after accreditation and coming back to vote, you vote as soon as you are accredited. People vote and hurriedly go home, so you are not likely to see crowds at the polling booths.”

However, the turnout is impressive in some parts of the state, especially places where some of the 37 the candidates come from. An exmaple is Nsugbe, the home town of All Progressives Congress (APC) candidate, Dr. Tony Nwoye, where people have turned out in their numbers to cast their ballot.