Posted by Unknown November 03, 2017
Former National Security Adviser Sambo Dasuki claimed he was unable to recall if he had any dealings with former National Publicity Secretary of the Peoples Democratic Party, Olisa Metuh. 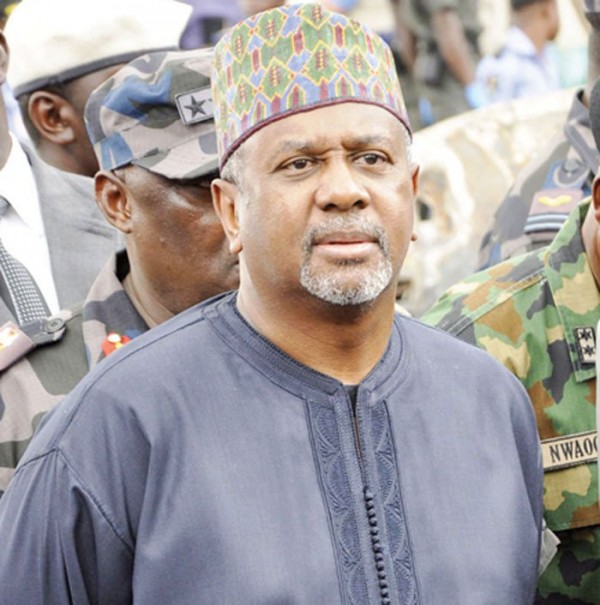 The Department of State Services (DSS) had been ordered to present Dasuki to testify in defense of Metuh. Dasuki had sought an adjournment of proceedings pending the determination of his case before the Appeal Court challenging the subpoena ordering him to appear in court.

According to Punch, Justice Okon Abang, however, threw the application out, saying granting it would be granting an order of stay of proceedings prohibited by the Administration of Criminal Justice Act. Justice Abang said adjoining the case would be staying the “judgment of the Court of Appeal delivered on September 29, 2017,” and would cause the court to “be on [a] collision course with the Court of Appeal.” Abang ruled that Dasuki should bthee presented as witness.

However, in the witness stand, Dasuki claimed he could not recall having any dealings with Metuh. He said:
I cannot confirm if I had any dealing with him from memory.If I have any dealing at all as it relates to this case, it’s not possible that without reference to my record, I cannot respond in a manner that will please you. Asked why then he was present in court, Dasuki answered: “I am here to answer to a court ruling, a subpoena.”

Asked to give details of payments made, Dasuki said he’d have to examine his records to refresh his memory. He said:
That will be very difficult for me to give any details of the money paid to Chief Olisa Metuh and the second defendant (Destra Investment Limited) without reference to my records. Three years is a long time.

Asked when he’d be able to access his records, Dasuki answered that as soon as the Federal Government obeys the 4 court orders and ECOWAS court ruling ordering his release, then he’d be able to give a timeline.
He said: I have stated earlier that I have been in custody for two years. As soon as authorities decide to obey the subsisting court orders.I have four bail court orders and an ECOWAS Court ruling. When they release me, I can go through the records. “That is when I will be able to give a timeline. As long as I am in detention, the answer is I don’t know.
news nigeria