Killer Wife Of Ex-PDP Chairman's Son, Maryam Sanda In Tears As She Is Remanded In Prison

Posted by Unknown November 24, 2017
The Federal Capital Territory Police Command has arraigned a housewife, Mrs. Maryam Sanda for allegedly killing of her husband, Bilyamin Bello a son of former People’s Democratic Party Chairman, before an FCT High Court in Abuja just as the court ordered her to be remanded in Suleja Prison custody. 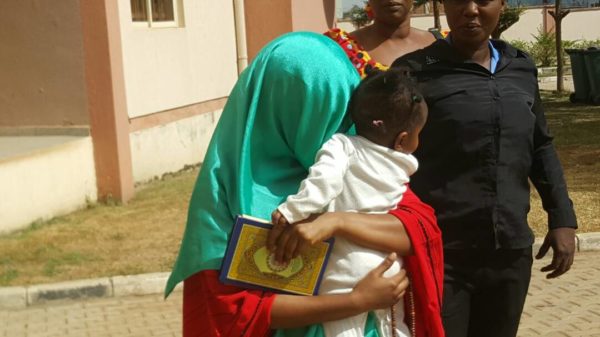 She was arraigned for offense bordering on culpable homicide. Maryam could not control her emotion as she burst into tears upon her arrival at the court holding her seven month old baby.

Maryam covered her face a with green scarf to prevent being photographed by the media. Before the commencement of the court proceedings, she read from the Quran.

As at the time of this report the suspect has entered the dock to take her plea and pleaded not guilty to the two-count charge of homicide.

The defense counsel, Hussein Musa asked the court to let the defendant be in the police custody arguing that she is still a nursing mother and would be improper to be remanded in prison custody.

The presiding judge, Yusuf Halilu ruled that suspects be remanded in Suleja prison and the matter has been adjourned to December 7th for further hearing. 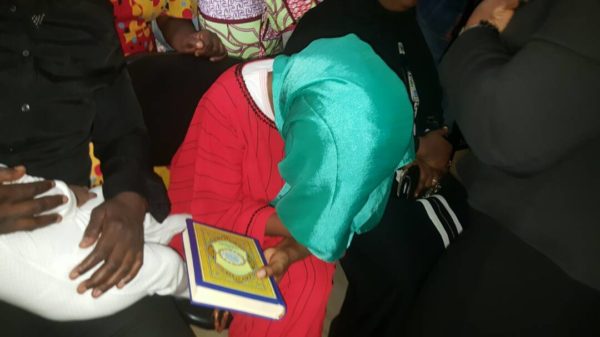