Posted by Unknown November 17, 2017
The 26 girls who were reportedly sexually abused and murdered on the Mediterranean Sea while trying to cross into Italy have been buried. 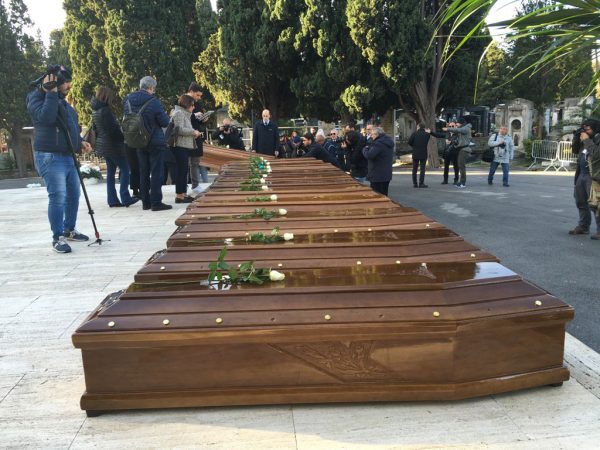 Two men had been apprehended in connection to the deaths of the girls, mostly aged between 14 and 18.

A journalist with AP Trisha Thomas shared a photo of the girls in their caskets at the Italian cemetery in Salerno.