Posted by Unknown November 27, 2017
Founder and General Overseer of the Living Faith Church also known as Winners’ Chapel, Bishop David Oyedepo has stated that he feels good when accused of flying private jets and maintaining them with church’s money. 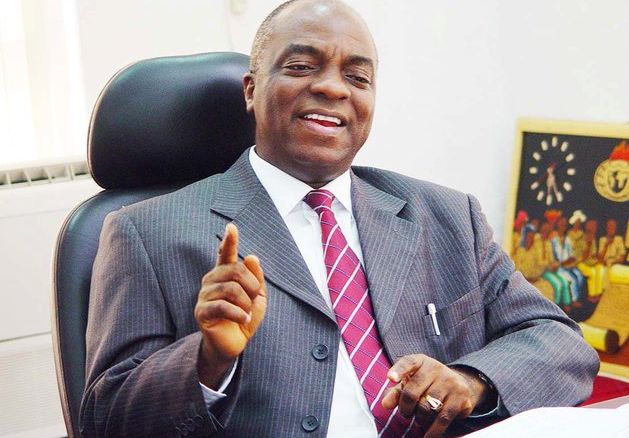 Bishop Oyedepo said he is not disturbed by false news carried around about him but only sees such as persecutions.

When asked in an interview with the Education Explorer during the weekend if the allegation that he uses church money to main his jets trouble him, the pastor said, “I feel very good. It’s an opinion. Let me tell you what my understanding of persecution is; it’s simply an opinion harshly expressed. And everybody has a right to his opinion.

“People who are walking in the truth are hardly bothered when things are said negatively about them because they have nothing to hide. The truth is I have never felt it, some say it’s not human, but I have not. I can’t be wasting my time trying to reply lies because I have too many things to do.

“They are doing their work, let me be doing my work too and before they wake up in the morning, I’ve done the next one, so, it doesn’t matter. My idea of it is that, in a football match, you have only 22 people playing with thousands of spectators.

“And that is the way it is in the journey of life. In every field, you find just few players and many spectators, multitudes. If we don’t know where to place opinions, they will displace us.

“When we started Covenant University, so many people said it would not work, now, we hosted two Nobel Laureates this week, whereas no Nigerian university has ever hosted one in the history of university education in Nigeria.

“Now, it is the most pronounced and preferred private university in Nigeria. In fact, they say this is the university of the future; that is what they say in the university community. Those who said it could not work now have their children here because they have changed their mind.

“Ask me anything, I can tell you why we did it. Where are you going to find the President of a nation with a woven hair? I can tell you that in the next 100 years, you won’t find a male president using earring because they would count you as irresponsible, even in the secular world, they won’t see anything in you.

“As free as America is, have you ever seen any minister there with earrings? The person may be qualified, but he will be termed irresponsible. But if you train these children how to carry themselves, it will open up their future.

“Everywhere you get to in this world, people are looking for responsible people, who don’t only say so, but prove so. So, all the opinions on Covenant University have died now because we didn’t stop pursuing what we believe was right and now it has become a standard.”
society