Posted by Unknown November 28, 2017
The Executive governor of Rivers state in Nigeria, Nyesom Ezenwo Wike is definitely gaining accolades from far and wide. A few weeks after receiving an award from the United Nations, Mr Project like he's fondly called has once again gotten another feather to his cap. 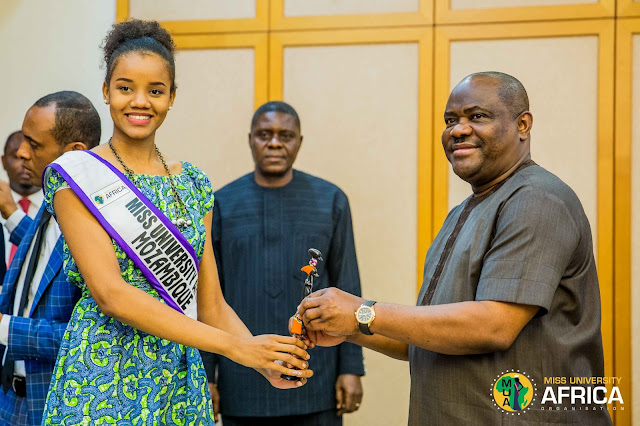 He received gifts from 54 beautiful queens from all over Africa under the auspices of the Miss University Africa pageant. He received the ladies at the government house in port-hacourt after which they presented him gifts and he reciprocated the kind gesture.

The Miss University Africa is a non-bikini pageant that aims at discouraging indecent dressing on young women. The competition is billed to hold on the 2nd of December 2017 in the garden city of Port-hacourt.