Footballer, Yakubu Aiyegbeni Retires From Professional Football As He Turns 35 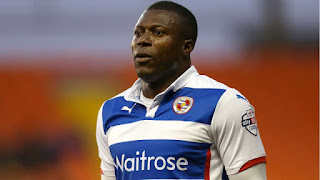 Aiyegbeni retired from football today Wednesday, which is his 35th birthday.

He said, “I would like to officially announce my retirement from professional football today.

“I would also like to thank all the football clubs I played for. The managers, all club staff, owners, fellow players and my dearest family and friends who immensely supported me throughout my career.

“When I started my career at Julius Berger in Nigeria all those years ago (1997) I could only have dreamt of the success that was to follow years after.

“Also playing in England especially helped me grow as a player and as a person so much that I am now settled here. I feel the time is right for me to now focus on the next chapter in my life.”


The 35-year-old started his career with Julius Berger FC in Lagos as a teenager in the Nigerian Premier League. He was later loaned to Portuguese club Gil Vicente. He made 250 appearances in the English Premier League, playing for Everton FC, Middlesborough FC, Portsmouth FC, and Blackburn.

Aiyegbeni is Nigeria’s third highest goalscorer with scored 21 goals in 57 appearances for the Super Eagles.


He left League Two side, Coventry City, in April after only three appearances.

He made four African Cup of Nations appearances for Nigeria and also played at the 2010 FIFA World Cup in South Africa.
edited from punch
sports