Posted by Unknown November 06, 2017
According to reports, the Emir of Kano, Muhammad Sanusi II, has dethroned two traditional rulers, for extorting the mother of an accused. 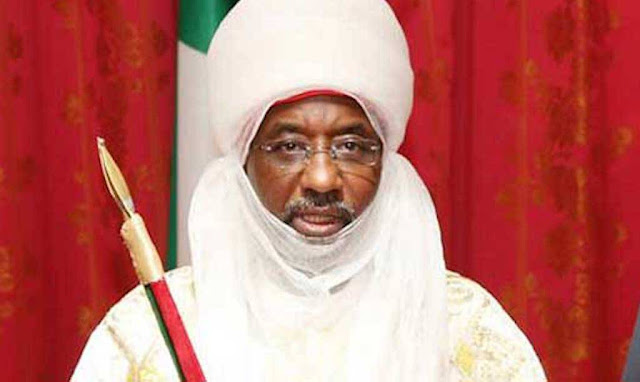 The affected former traditional rulers include the village head of Hungu, Ibrahim Shehu, and the ward head of Zangwan, Galal Nadabo Adamu. The deposed were said to have allegedly connived with a police inspector, Umaru Abubakar, probing the case of the accused.

They were said to have collected N33,000 from the N50,000 they demanded from the accused’s mother, named Hauwa Sule from the Albasu Local Government Area of the state. The emir reportedly caused an investigation to be done into the case when he was informed.

The probe of the two deposed former village heads were done by the District Head of Albasu, Bashir Albasu, who is also the Katikan Kano. Emir Sanusi in the report warned the traditional title holders to desist from actions that could taint the image of the Kano Emirate Council.
news nigeria towns and cities