Posted by Unknown November 04, 2017
Cristiano Ronaldo has raked in another trophy to his collection after being crowned the IFFHS world's best goalscorer for 2016. 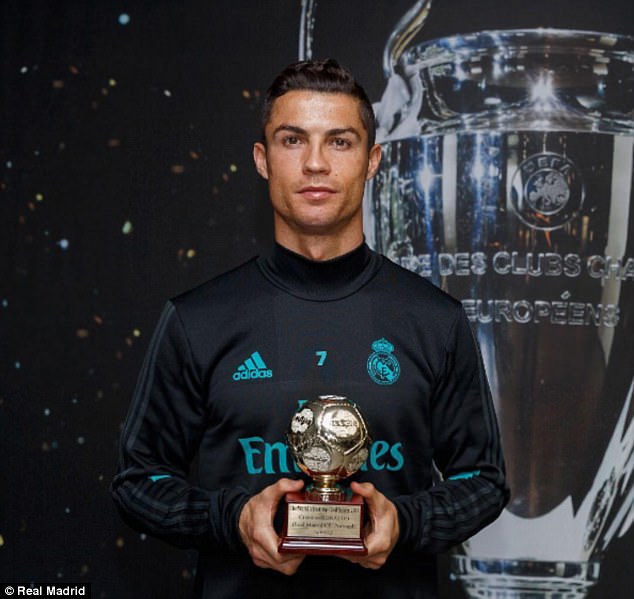 The IFFHS (International Federation of Football History & Statistics) presented the trophy to the Real Madrid forward for his impressive goalscoring record in 2016.

The IFFHS honoured the striker with the award following his 42 goals for his club Real Madrid and 13 goals for his national team Portugal.

This is the third time the former Manchester United player has won the award, the first individual to have achieved the feat. He defeated Lionel Messi and Edinson Cavani to win the award.

The IFFHS was founded in Leipzig, Germany in 1984 and gives out awards for the world's best playmaker and best club coach, and more.
entertainment sports world