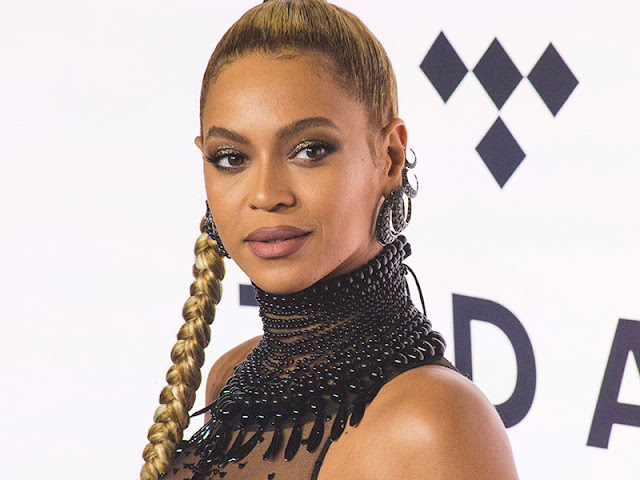 According to Forbes, Beyonce’s chart-topping sixth studio album, “Lemonade” and her Formation World Tour made her the highest-paid woman pulling an impressive $105 million pre-tax.

Forbes reports that her Formation World Tour in the scoring period grossed a quarter of a billion dollars.

Following in second place is British singer, Adele, earning $69 million. Adele who completed her first major tour in 2011 earned this despite having no major endorsement.

Taylor Swift who raked an impressive $170 million in last year’s list made the No. 3 spot earning $44 million. Her newly released “Reputation” album is expected to move her up the list in 2018.
Canadian superstar, Celine Dion and Jennifer Lopez, were however not exempted from the list raking $42 million and $38 million respectively.

The 71-year old Dolly Parton proved that age is not a barrier in music as she claimed the No. 6 spot with $37 million.
Forbes gathered data from Nielsen SoundScan, Pollstar, the RIAA and interviews with industry insiders to compile the list.