Argentina Vs Nigeria: Sergio Aguero Sent To Hospital After Collapsing In Dressing Room

Posted by Unknown November 15, 2017
Sergio Aguero was taken to hospital after fainting in the dressing room at half-time in Argentina's 4-2 defeat by Nigeria in Krasnodar, Russia. 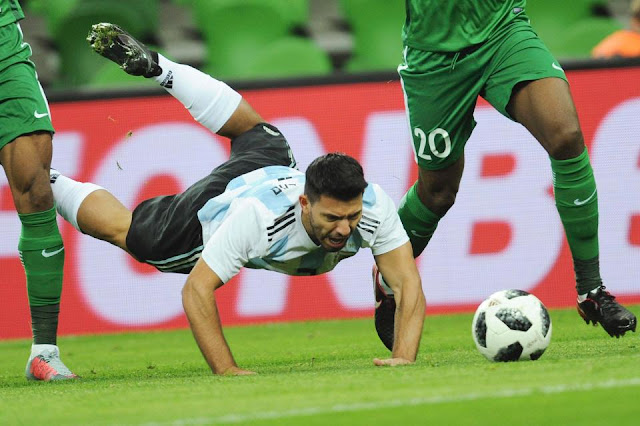 The Manchester City striker had scored to put his side 2-0 up in the first half, but Alex Iwobi found the net twice as Nigeria came back. The Argentina FA said the 29-year-old had been taken to hospital to "carry out routine studies as a precaution".

They later confirmed that Aguero had been discharged from hospital, "he is already in the hotel along with the rest of the team," they tweeted. After the match Argentina manager Jorge Sampaoli said Aguero had "got dizzy and had to leave".

In a statement Manchester City said he had been cleared by doctors to return to Manchester as planned "after suffering a dizzy spell" during the match.

"Sergio never lost consciousness, and was taken to hospital for precautionary medical checks. He will be assessed by the club's medical team ahead of this weekend's Premier League trip to Leicester City" the club said.