Americans Raise $70,000 For Lady Who Was Sacked For Giving Donald Trump The Middle Finger

Posted by Unknown November 14, 2017
Mother of two and cyclist, Juli Briskman, who was sacked after her middle finger photo to Donald Trump’s motorcade went viral has been comforted by Americans. 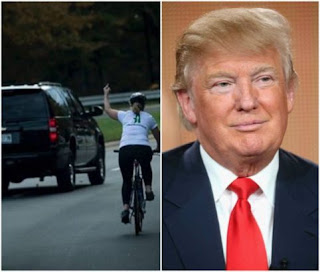 However 3 days later, Goverment contractor, Akima fired the 50-year-old marketing executive over the viral act.  “Thank you, Juli Briskman,” wrote Rob Mello, who set up the GoFundMe account, calling her “an inspiration to us all.”
world