Posted by Unknown November 07, 2017
The Nigerian Centre for Disease Control says 38 cases of the dreaded monkey pox has been confirmed in 8 states nationwide. 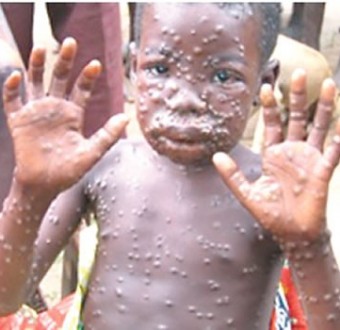 The affected states are: Akwa Ibom, Bayelsa, Delta, Edo, Ekiti, Enugu, Lagos, Rivers and the Federal Capital Territory. According to the centre's report, there has been 116 suspected cases in 20 states and the FCT. since the onset of the outbreak and 145 contacts are still under follow up.

The report also said that more men than women have been infected at a ratio of 2:1. The NCDC said public awareness activities have been intensified while laboratory testing capacity has been extablished in the National Reference Laboratory, Abuja.
health nigeria