Posted by Unknown November 29, 2017
Though one of the leaders of the All Progressives Congress, Asiwaju Bola Tinubu, had declared recently that the party would follow the normal democratic process in choosing its flagbearer in the 2019 presidential election, President Muhammadu Buhari has hinted he might contest the 2019 elections. 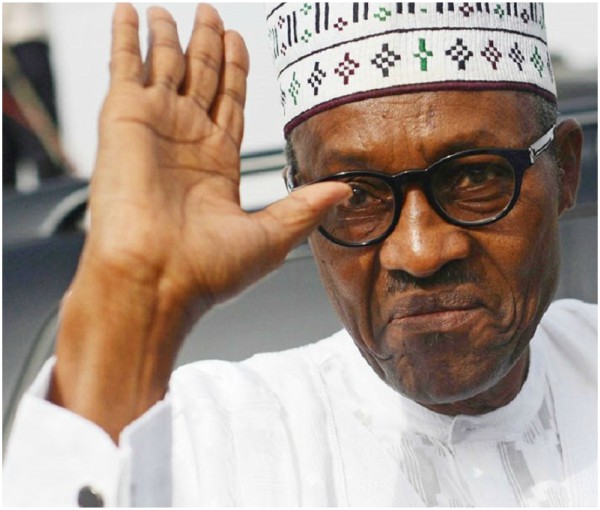 Buhari gave the hint jokingly Tuesday at night while interacting with the Nigerian community in Abidjan, Cote d’Ivoire.
The president is in Abidjan, for the 5th European Union-African Union (EU-AU) Summit.

The president while apologizing for keeping those that came for the interactive session waiting, explained that he insisted on having governors Emmanuel Udom of Akwa Ibom State and Mohammed Abubakar of Bauchi State being president, so that Nigerians in Côte d’Ivoire from the two states will be happy that he was accompanied by their governors and that might earn him votes in future.

“First I want to apologize for keeping you for too long seated, this is because I insisted on the governors attending this meeting. This is why I came along with them so that when we are going to meet you, when you are going to meet the rest of Nigerians if you tell them that their governors were in the accompany of the president, I think that will be another vote for me in the future. I’m very pleased that they were able to turn up,” he said to which the hall erupted in laughter and clapping.