Posted by Site admin October 16, 2017
The Indigenous People of Biafra (IPOB) on Saturday said that it has no intention of changing its name despite the ‘kangaroo labeling of the group as a terrorist group by the Federal Government and proscription of its activities by South–East governors. 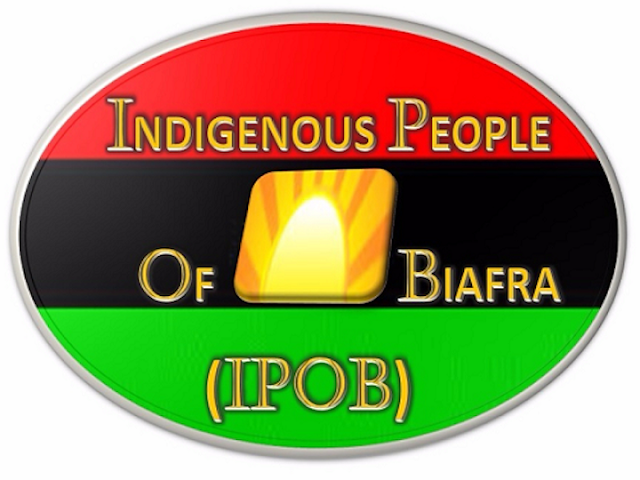 The group alleged that it came to its knowledge that some ‘unscrupulous individuals’ and groups in the society were paid by the federal government, Igbo governors and leaders and were sponsoring few people to form another group in place of IPOB.

A statement by the Media and Publicity Secretary of IPOB, Emma Powerful said that there was no such organization in place of IPOB but ‘we are not perturbed, because we have machinery in place to debunk such nonsense as they arise’.

The statement read in part: “IPOB under the leadership of Mazi Nnamdi Kanu, the prophet of our time, wishes to bring to the attention of Biafrans and the world at large that IPOB has never and will never change name because of kangaroo and black market order obtained from Justice Kafarati at the Federal High Court Abuja.

“It came to our knowledge that some unscrupulous individuals and groups in our society are being paid by Federal Government, Igbo governors and Ohanaeze Ndigbo led by Nnia Nwodo, and are sponsoring few people to form another group. There is no such organization in place of IPOB”.

“The fact of the matter is that FG in collusion with Igbo governors is using some individuals to give the impression that IPOB is no more. Nothing could be further from the truth.

Our protests going on all over the world is a clear evidence that IPOB is presently enjoying more appeal than at any other time in our history”.

“Many more scams like this will be unleashed on the gullible in the coming weeks and months but we are not perturbed, because we have machinery in place to debunk such nonsense as they arise. People are flooding to IPOB that remains till this day, the biggest mass movement anywhere on earth”.

“Federal Government, Igbo governors and Ohanaeze may form these mushroom groups once in a while, but they quickly fizzle out as they came. USA, UK, France and EU have made it clear that IPOB is not a terrorist organisation. So anybody entertaining the thought that it is, can only be considered an agent of Nigeria and enemy of Biafra” Powerful stated.
biafra ipob news nigeria