Posted by Unknown October 30, 2017
Lagos State Governor, Mr. Akinwunmi Ambode on Monday congratulated Professor Oluwatoyin Ogundipe on his appointment as the new Vice Chancellor of the University of Lagos (UNILAG). 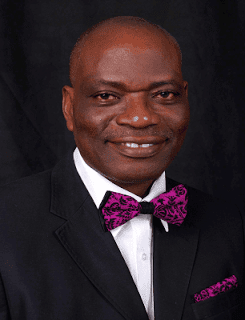 The University’s Governing Council at the end of its meeting of Friday, October 272017, approved the appointment of Professor Ogundipe as the 12th Vice Chancellor of the UNILAG.

The Governor, in a statement signed by his Chief Press Secretary, Mr. Habib Aruna, said Ogundipe’s appointment was thoroughly deserved, adding that he had over the years proved his competence in the academia.

He said it was based on his professionalism and integrity that his administration deemed it fit to appoint Professor Ogundipe as the Chairman of the Lagos State Research and Innovation Council earlier in June 2017.

“Professor Ogundipe does not need any introduction in the academic world. He has distinguished himself in the service of the prestigious University of Lagos over the years and his leadership skills are not in doubt.

“Being a product of the university itself, I am proud to say that his appointment is thoroughly deserved. His proven track record in the academia is there for all to see and steadily he has risen through the ranks to the pinnacle of his career,” Governor Ambode said.

The Governor, while acknowledging the strides of the outgoing, UNILAG Vice Chancellor, Prof. Rahmon Bello, expressed confidence that Professor Ogundipe would bring his wealth of experience to bear to build upon the enviable legacies of the University in the next five years.

“With Professor Ogundipe at the helm of affair of our great citadel of learning, I am totally confident that UNILAG is destined for greater heights. I want to on behalf of the people of Lagos State congratulate him and wish him the very best throughout his tenure,” he said.