Messi And Neymar Get Death Threats From ISIS

Posted by Unknown October 30, 2017
Lionel Messi and Neymar are the latest targets of a threat released by the terrorist group Islamic State (ISIS). 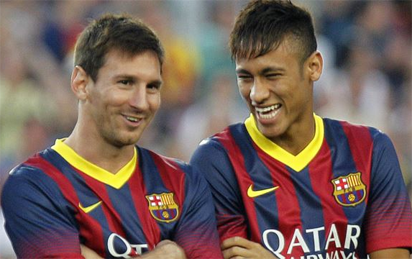 The footballers appear in an image seemingly depicting an execution, in which Messi can be seen lying on the ground next to an ISIS flag while a jihadist stands over a kneeling Neymar. The photoshopped picture is accompanied by the message:

“You will not enjoy security until we live it in Muslim countries.”

The organisation has issued a number of such posters in recent days ,instilling fear ahead of the 2018 World Cup in Russia.
security sports world