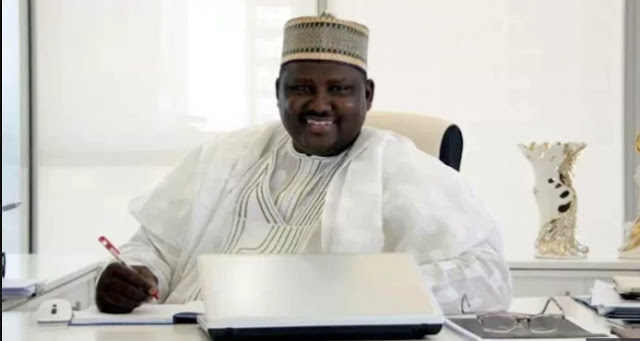 According to a report by Channels TV, the two properties that were sealed include a two-storey shopping plaza at Number 2C, Ibrahim Taiwo Road and another one storey duplex at Katuru Road, all located in the state capital.

Five more houses in Kaduna reportedly traced to the former chairman of the defunct Presidential Task Force on Pension Reforms will also be sealed soon.
This is coming after the anti-graft agency sealed an Abuja property, valued at $2 million, that's linked to Maina. Maina has been in the eye of a public storm after he was controversially recalled and promoted to head the Ministry of Interior's human resource department.

This was after he was dismissed by the Federal Civil Service Commission in 2013 following a recommendation by the Office of the Head of Service.
He allegedly embezzled over N100 billion meant for pensioners across the country before he fled abroad after he was indicted, evading the EFCC.

On Monday, October 23, after his reinstatement drew public outcry on the government, President Muhammadu Buhari ordered Maina's 'disengagement' and ordered a full investigation into the circumstances of his recall. On Tuesday, October 24, the Senate and House of Representatives also set up separate ad-hoc committees to investigate the issue.
news