Posted by Unknown October 20, 2017
Winnie Mandela; a South African activist, wife of late Nelson Mandela and politician who has held several government positions and headed the African National Congress Women's League has been admitted to the Milpark Hospital. 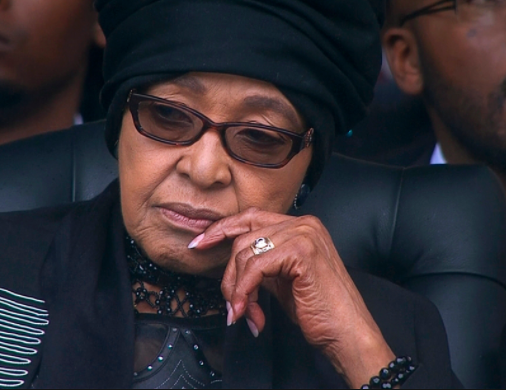 A statement released Thursday says the icon was admitted to hospital on Tuesday for a minor procedure on her knee and the procedure was successful.


According to her spokesperson, Victor Dlamini, 'she will be kept at the hospital for the next two weeks to ensure that she has adequate rest and her progress can be monitored closely. I visited her at the hospital this afternoon and she was in high spirits. She said her health problems go back to her time when she was banished to Brandfort and her knee first gave her trouble. We chatted about many things and she said she was looking forward to the ANC conference in December'.
world