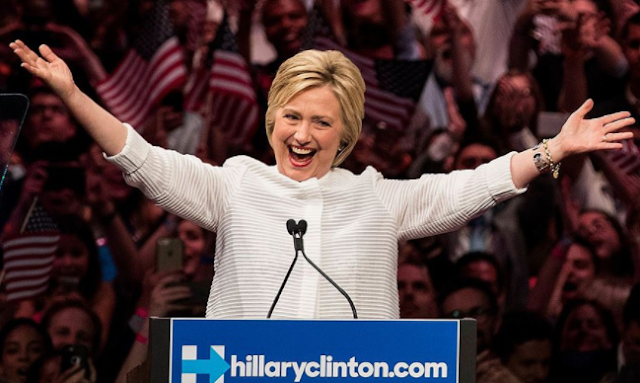 Born in Chicago, Illinois and raised in the Chicago suburb of Park Ridge, Clinton graduated from Wellesley College in 1969 and earned a J.D. from Yale Law School in 1973. After serving as a congressional legal counsel, she moved to Arkansas and married Bill Clinton in 1975. In 1977, she co-founded Arkansas Advocates for Children and Families.

She was appointed the first female chair of the Legal Services Corporation in 1978 and became the first female partner at Rose Law Firm the following year. As First Lady of Arkansas, she led a task force whose recommendations helped reform Arkansas's public schools.

Clinton made a second presidential run in 2016 becoming the first female candidate to be nominated for president by a major U.S. political party. Despite winning the national popular vote, Clinton lost the electoral vote and the presidency to her Republican opponent Donald Trump.

Following her loss, in 2017 she stated that she decided to focus on being a self-described "activist citizen".
world