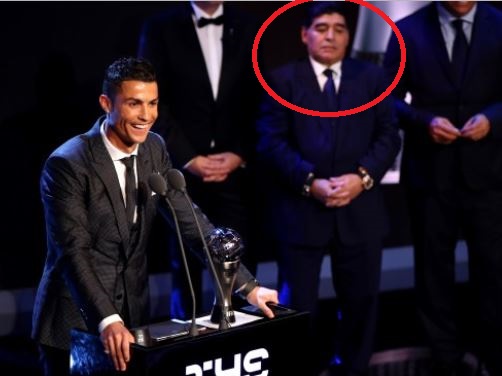 According to Maradona, who presented the accolade alongside Brazil international Ronaldo together with FIFA president Gianni Infantino to the Real Madrid striker, he admitted that it "hurt his soul" to hand the Best FIFA Men's Player award to Cristiano Ronaldo and not to compatriot Lionel Messi.

"To give the Best [award] to Ronaldo and not be able to give it to Messi hurt my soul," Maradona told TyC Sports.

Maradona, who coached Messi while in charge of Argentina between 2008 and 2010, met with the Barcelona striker during Monday's ceremony.

Speaking about the brief meeting, he said: "The meeting with Messi was fantastic," Maradona said. "I spoke to him, and the same love and affection was there as always."
sports world