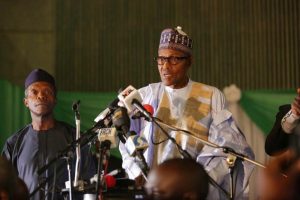 The decision was taken at the Wednesday’s Federal Executive Council,FEC, meeting presided by President Muhammadu Buhari.

The Federal Government also said that henceforth the doctrine of no work no pay which was contained in the nation’s law would be invoked for workers embarking on strike.

In a joint media briefing after the FEC, the Minister of Health Prof. Isaac Adewole and Minister of Labour and Employment, Dr. Chris Ngige noted that most of the unions that recently embarked on strike contravened the labour laws especially the Trade Dispute Act.

The ministers further disclosed that a committee had been set up for comprehensive evaluation of job done by workers especially in the public sector.
health news nigeria