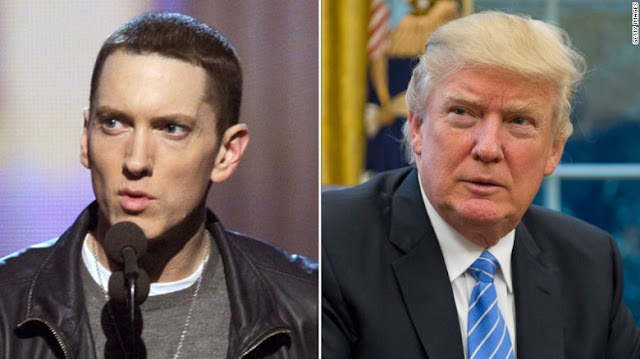 The rapper unleashed an explosive 4.5 minute cypher from a carpark in Detroit, slamming the US President as a "bitch", a "racist" and a "kamikaze".

The Grammy Award winner called him out for his handling of Charlottesville, and his recent attack on the NFL player protests.

Trump wasn’t the rapper’s only target, as he had a strong message for people who claim to be supporters of both men.