Posted by Unknown October 19, 2017
Forbes Magazine has released the top 20 richest sportsmen in the world for 2017 with Real Madrid superstar, Cristiano Ronaldo leading the chart. 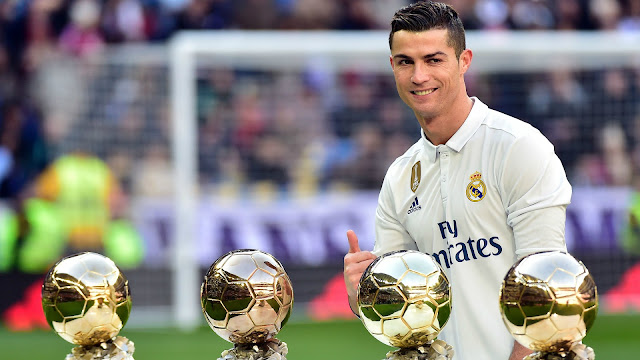 The 32-year-old missed out on the number one spot in celebrity rating by just £1m, being beaten into second place by Harry Potter author, JK Rowling in the top spot.

The figures estimated by Forbes are calculated before taxes and management fees are taken into account.

Ronaldo’s earnings are largely made up of his Real Madrid contract and endorsement deals.