Posted by Unknown October 17, 2017
IPOB has threatened fire and brimstone if the President Muhammadu Buhari-led administration fail to produce its leader, Nnamdi Kanu, dead or alive, on Tuesday, October 17, in court. 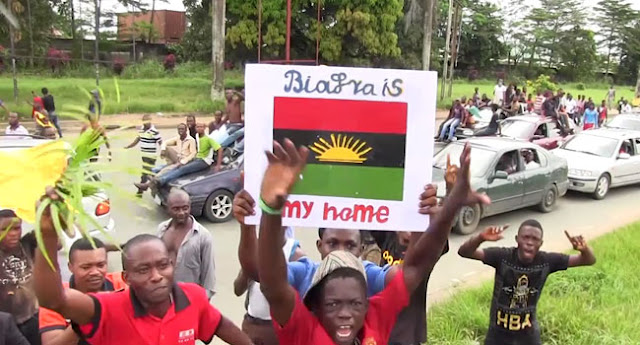 Kanu is facing treason charges. He was granted bail in April, with an order to return to court to face his trial before Justice Binta Nyako on October 17.

IPOB, in a statement on Monday, October 16, in Awka, Anambra State by the group’s Media and Publicity Secretary, Emma Powerful, said it was gradually losing its patience with the federal government.

The statement read in part, “The barefaced lies of the Nigerian Defence Minister, General Mansur Dan Ali, and that of the Buhari regime against our leader and organisation is beginning to unravel before the eyes of the world.

“By admitting publicly that soldiers were sent to Isiama Afaraukwu to look for our leader without any order or warrant from a court of law confirms the contempt in which the Nigerian government holds the rule of law and their judicial process.

“It is therefore incumbent upon civilised nations of the world and organisations alike to ask the APC-led Nigerian government why they decided to send armed soldiers to invade Kanu’s residence.”

The group added, “One outcome is guaranteed in all this, should Nigeria not produce our leader in court on the 17th of October 2017, there will be inevitable confrontation on a scale the human mind cannot imagine, at a time and place of our choosing.”
biafra ipob news