Posted by Unknown October 25, 2017
Mallama Fitdasi, wife of Boko Haram leader, Abubakar Shekau was killed in air strikes carried out by the Nigerian Air Force (NAF) on a hideout in Durwawa area. 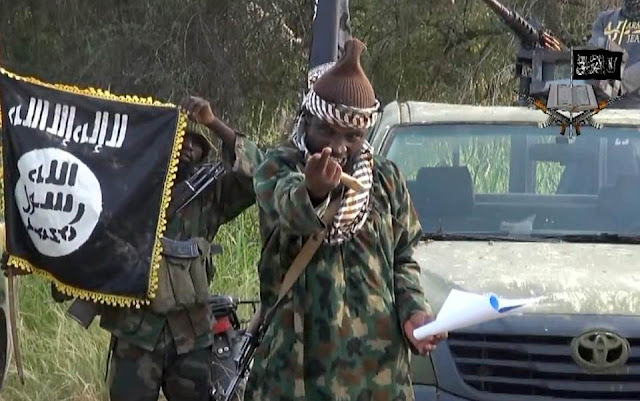 Durwawa is a location in the Konduga Local Government Area of Borno State.

PUNCH reports that the terrorists were bombed by fighter jets during a meeting on Monday, October 23.