Posted by Unknown October 18, 2017
A former Senator in the Second Republic, 87-year-old Cyrus Nunieh, has tied the nuptial knot with his heartthrob, Miss Ijeoma. 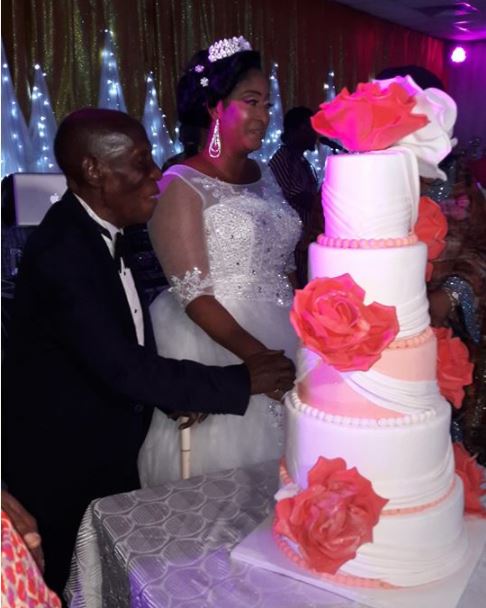 Nunieh who is the President of Bori State Movement, got married to Ijeoma who is in her 40s on Tuesday, October 17, at the Hotel Presidential in Port-Harcourt, Rivers state capital.

The aged lawyer said he decided to marry another wife because he was alone and needed a companion.

The former member of the National Assembly, who said he was now a king in Ogoniland, River State, explained that he had been alone after his former wife died in 1991.#

The photos caused an uproar on social media and when interview, here's what the groom had to say:

“I cannot continue to stay alone. I love her and she loves me. We understand each other and she is also intelligent. In marriage, there are advantages somewhere and disadvantages in other areas.

“There is no limitation in age. Some may say you are old; you may soon die. But some were dead even before they were born. Some were one year or two years old and they die. Death is not always dependent upon a man’s age, 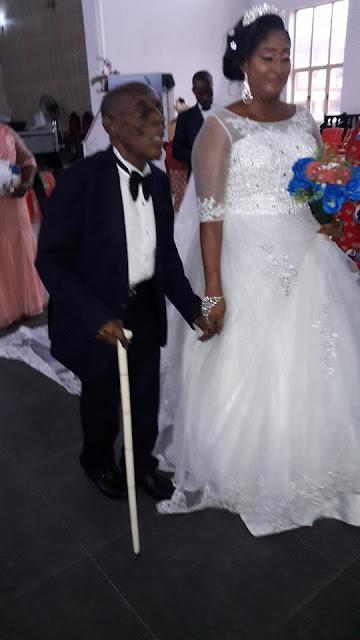