Posted by Unknown October 16, 2017
According to reports, at least 276 people have been confirmed killed in a massive bomb attack that rocked a busy area of the Somali capital Mogadishu on Saturday, October 14. 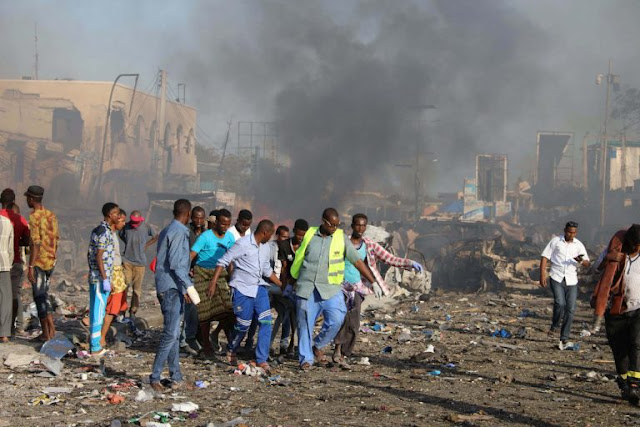 Hundreds more were wounded when a lorry packed with explosives detonated near the entrance of a hotel.

It is the deadliest terror attack in Somalia since the Islamist al-Shabab group launched its insurgency in 2007.
President Mohamed Abdullahi “Farmajo” Mohamed blamed the attack on them, calling it a “heinous act”.

No group has yet said it was behind the bombing.


“Brothers, this cruel act was targeted at civilians who were going about their business,” the president said.
news world