Posted by Site admin October 07, 2016
The Indigenous People of Biafra, IPOB, has said that no ploy by the All Progressives Congress, APC, led government of President Muhammadu Buhari will make it not to appear to defend itself in the Community Court of Justice, ECOWAS Court, sitting in Abuja. 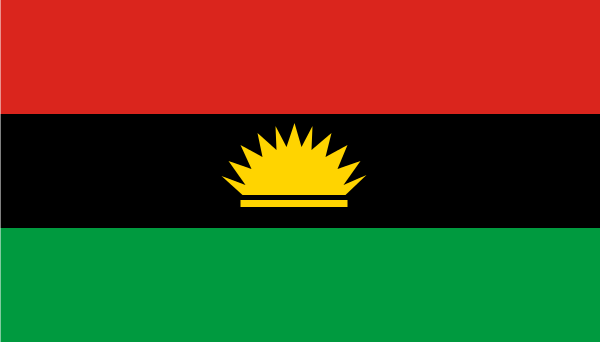 IPOB in a statement titled ‘APC Government can run but cannot hide from the law’ signed by its Media and Publicity Secretary, Mr. Emma Powerful said: “He who brings home ants-ridden faggots must be ready for the visit of lizards”. The statement added that “it is not enough arresting our leader and Director of Radio Biafra Mazi Nnamdi Kanu and charging him on frivolous allegations, but can they prove the allegations? When it matters most that they prove their allegations, they started running.”

IPOB statement continued: “ECOWAS court is not a Nigerian court that they can manipulate. The Judges are not people to toss up and down. They are judges who can hold their own and now, the onus is on the Federal Government to come to the court and defend their allegations against the IPOB leader and not sending lawyers that will come and give flimsy reasons not to attend court sittings.”

IPOB alleged that “one of the reasons APC led Nigerian government is running away from the case is because they earlier thought they can intimidate the Judges like they did when the matter first came up, but have found out that the Judges are men of honour.”

MASSOB replies Okechukwu
Meantime, Movement for the Actualization of Sovereign States of Biafra, MASSOB, has berated the Director General of the Voice of Nigeria, Mr. Osita Okechukwu, over his recent comment that Biafra is no longer feasible, and urged him not be deceived as the actualization of an independent state of Biafra will soon be actualized.

A member of the Elders’ Council of Biafra Independent Movement, BIM, Comrade Larry Odinma, reminded the VON DG, that the struggle to actualize Biafra had gone past a stage where anybody or group no matter the status can abort it, adding that the people of the former Eastern Region are determined to liberate themselves from what he described as slavery and marginalization from the Nigerian government.

Odinma warned that if there was a time Biafra wasn’t feasible, the current realities in Buhari’s administration has given much hope that Biafra’s actualization is a matter of time

The Inspector General of Police, Ibrahim Idris has reportedly ordered for the arrest of the media aide to former President Ibrahim Babangida, Prince Kassim Afegbua for the statement he issued on behalf of his boss.

ABUJA — Following last week's report in one of the national dailies, of the American government’s threat to dump its support and mobilise the international community against supporting President Goodluck Jonathan if he decides to contest the 2011 elections unless culprits in the $190 million Halliburton scandal were brought to book, the Presidency has ordered the immediate prosecution of all the eight suspects indicted by the Halliburton scandal with the amount now put at $198million.

It was gathered that President Jonathan gave the marching orders to the Attorney-General and Minister of Justice, following pressure from some senior citizens for him to overlook those indicted and narrow the prosecution to only two persons because of plans to overlook some highly placed persons.

The marching orders for prosecution, it was further gathered, followed complaints by the United States government rejecting the earlier plea bargain by one Aliyu Ibrahim, cousin to the former Head of State…